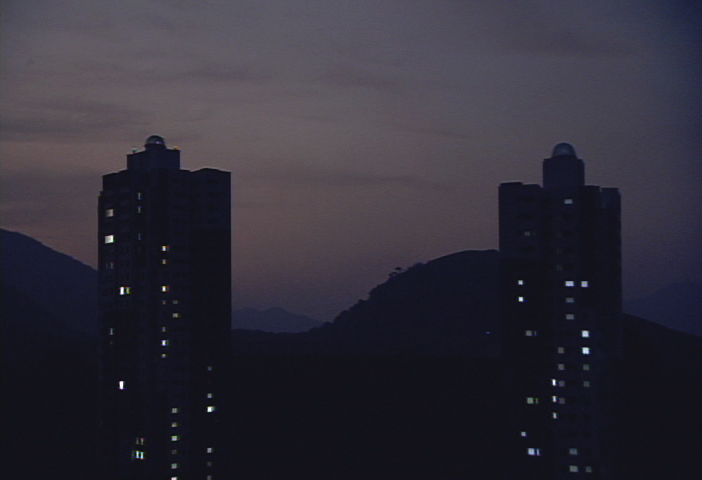 An architecture model is used to represent a typical living space found commonly in Taipei. The setup suggests the model as a real building well placed into the oriental landscape, suggesting a harmonious and ideal relation to the nature. Florescent lights turn on and off in the building and the camera slowly unfold the building complex partially in order to celebrate the seduction of dwelling in such space and its surrounding. The buildings appear slowly out of the landscape and merge in darkness to create an act of pure gaze onto the projected image. What rendered is not a complete picture of the building, but a partially seen object, visualizing the desire of living in contemporary times.

Milano 2015, Filmmaker Festival
A to A: perspective on Austrian Avant-Garde