In cooperation with the International Filmfestival Rotterdam ‘Forget Africa’

SLAM VIDEO MAPUTO investigates the making of self-image in media of Mozambique where its popular culture mirrors the intersection of global and local cultures that unparalleled social and economic relations are deployed. The film shows the cultural practice of Afro-pop, where gangsta rap, hip-pop, poetry slam and traditional music are fused and reversed as well, in order to illustrate its economic and political dimensions. 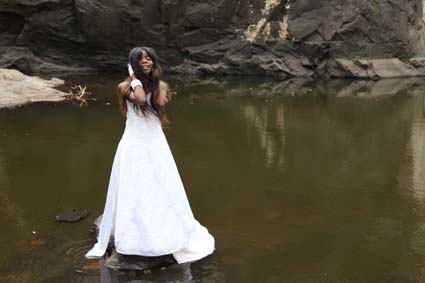 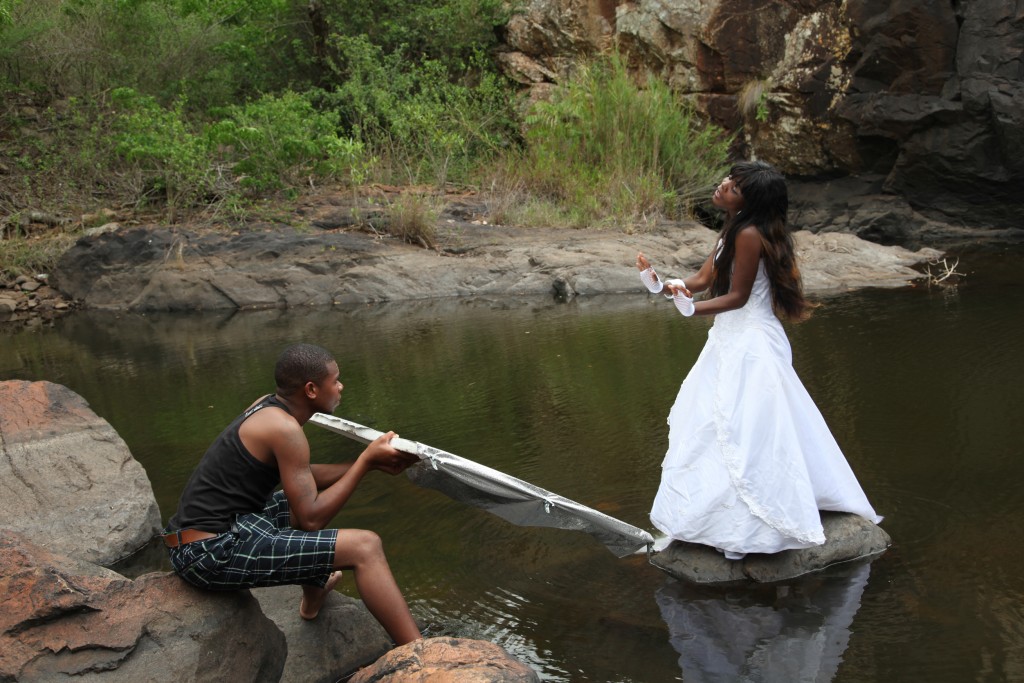 There is a general idea about music video’s. A cliché image. The talents in the video’s move around as much as possible. The camera moves around as much as well. And the montage is also as fast as can be. The documentaries that show the making of music video’s often follow the fast moving pace and strange camera angles of their subject. It seems there is no other way. To make something cool on a cool subject like music video’s you will have to pretend cool yourself. The model for hip hop music video’s is of course American, but the African video’s are mostly not that different. They can be, like the music can use different roots, but it is not that often the case. The real difference between the American and the African music video’s is their budget and the fact they are shot on authentic location. You could say they have no other choice, but everybody will agree that the African music has it’s own level and dignity and so you could say that of the music video’s. Only when you look behind the scenes and only when you observe carefully you will see the difference and you will see that the difference is in fact quite big and outspoken. When Ella Raidel made her Slam Video Maputo she was quickly aware of this big difference. So she looked for and found the right rappers, the right bands and musicians to show that the music video makers of Africa, of Mozambique, of Maputo have something special to offer. In fact she made a music video, but a music video that is like the opposite of a music video. She did not jump into the action, but observed from some distance. She did not move her camera but made long and fixed shots. Shots she preserved and did not cut up in her montage. This sharp and careful gaze made visible what could be easily overlooked. It showed the real enthusiasm and passion of the performers. It showed the real environment of a real Africa. It also made room for the relaxed humor which might in fact be the biggest difference between first world and African video’s. Ella Raidel did not look for the anecdote. She did not try to tell little stories. She went for a big visual story and trusted the power of a well lit, well focused, well framed image that would give you the story as a vision. So the movie is not about the slam poets and hip hip musician of Mozambique: it is slam poetry itself. 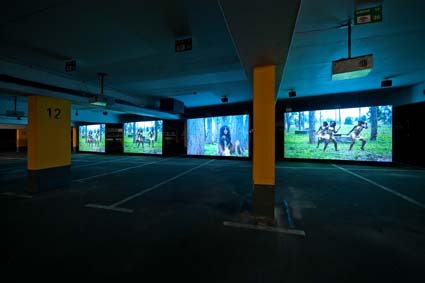 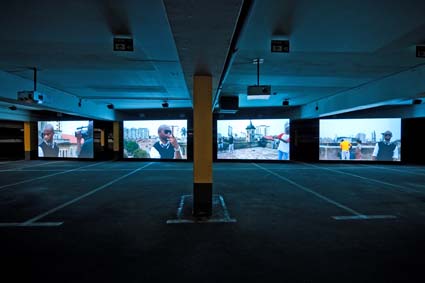