DER BERG – The Mountain
A project for the Festival of the Region 2015 by Clemens Bauder, Felix Ganzer, Ella Raidel

During the 2015 Festival of Regions, The Mountain project will go on an expedition on the Traunsee lasting several days with a floating object shaped like a mountain. Ebensee will serve as the starting- and finishing-point whence the expeditionary voyage around the lake commences, landing at various places on the shores or simply appearing there. It is a journey into the unknown for a courageous crew with a variety of characters who will be recruited. They are passengers, but also protagonists of a narrative or film-script who actively drive happenings on, for The Mountain will become the stage and platform for performances and happenings. Stories, sagas, sounds and drawings are the voyage’s products. At night the vehicle will change its appearance through light-interventions or simply through the moonlight and, insofar as a calm lake permits, The Mountain will allow itself to drift, to be spied from shore or visited by boot. It is a voyage into a real, but also imaginary world with a self-made vessel in a scenery that has been enveloped in sagas since time immemorial. The object’s making and its expedition serve as the vehicle for writing a new story as the basis for the film BERG. 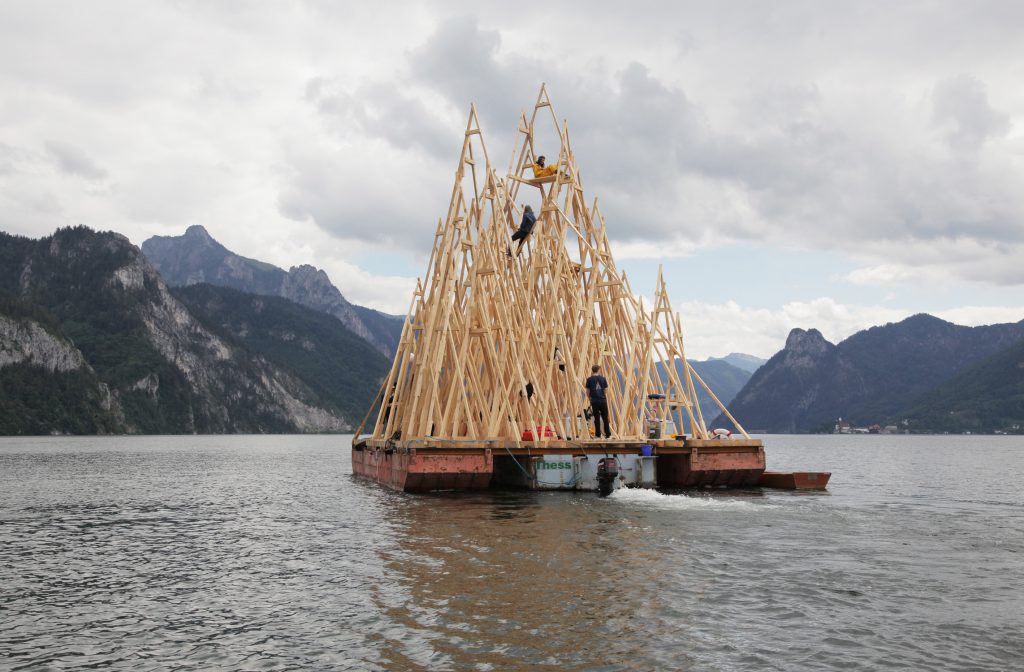 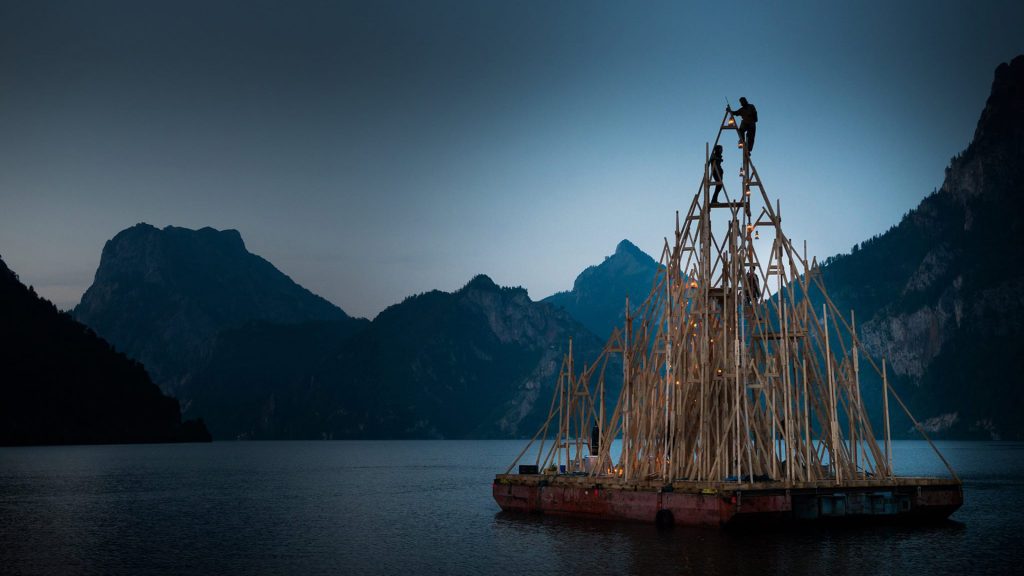 Results of the collaboration were presented in an installation at OK Center for Contemporary Art/Tankstelle Dametzstrasse: 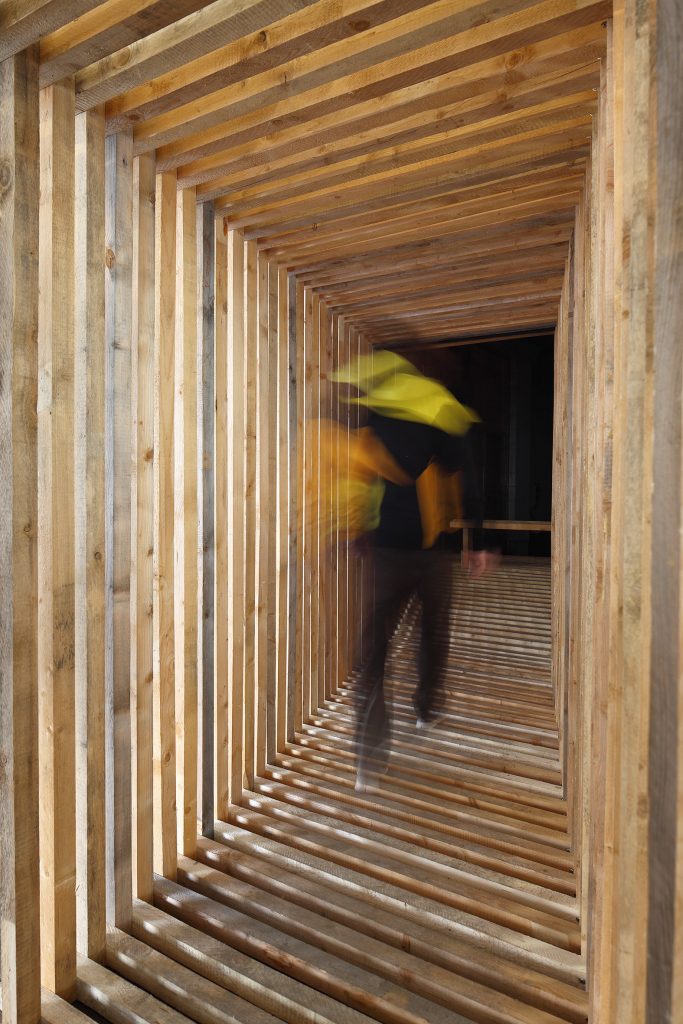 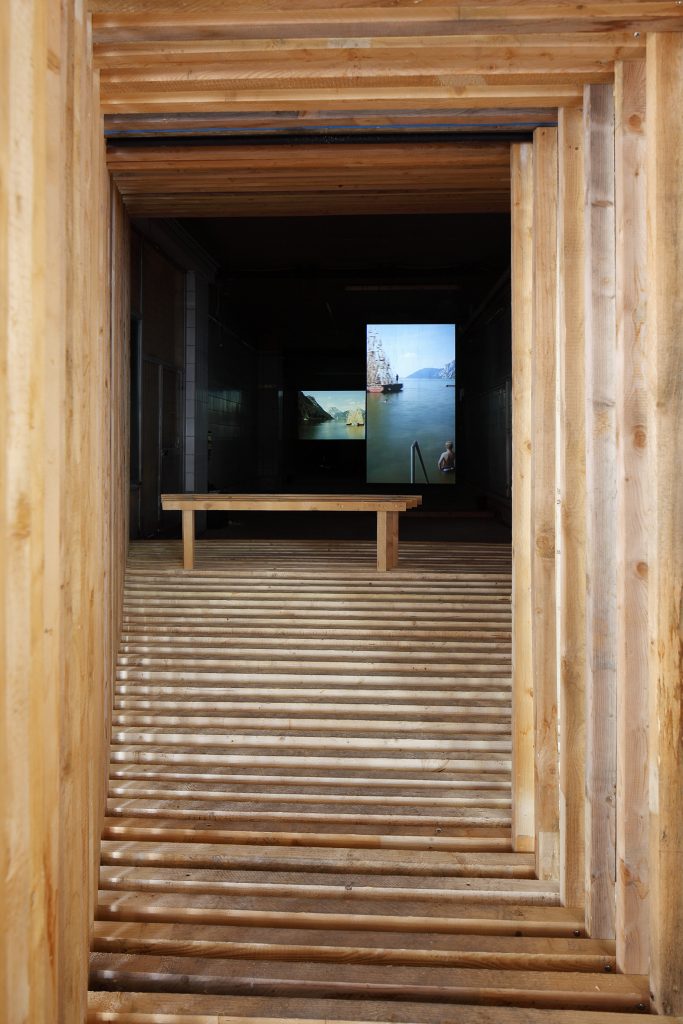 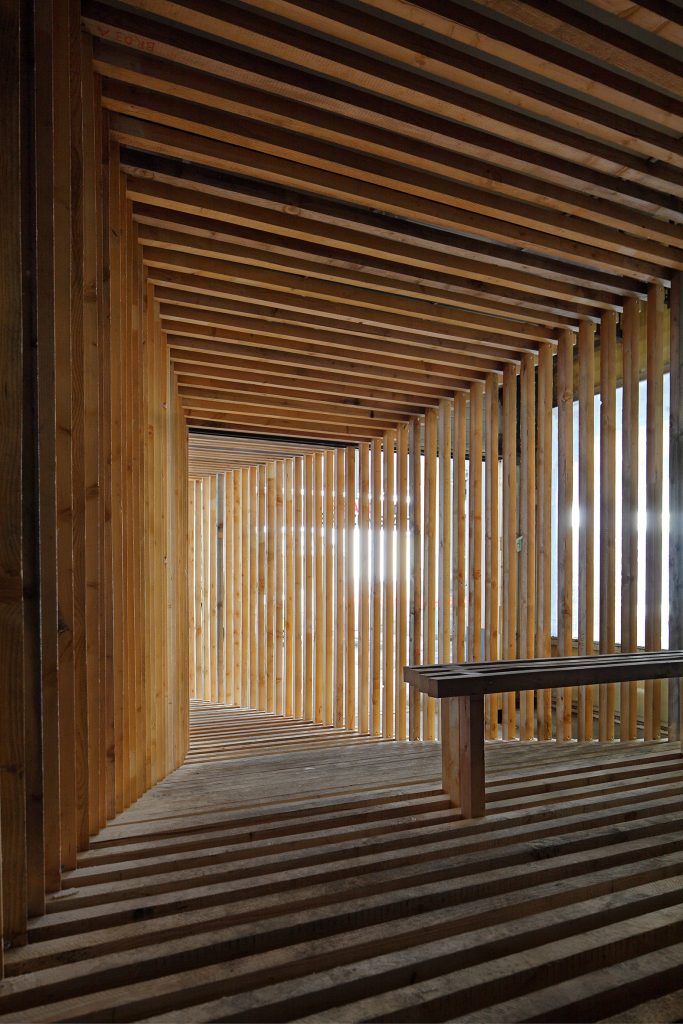 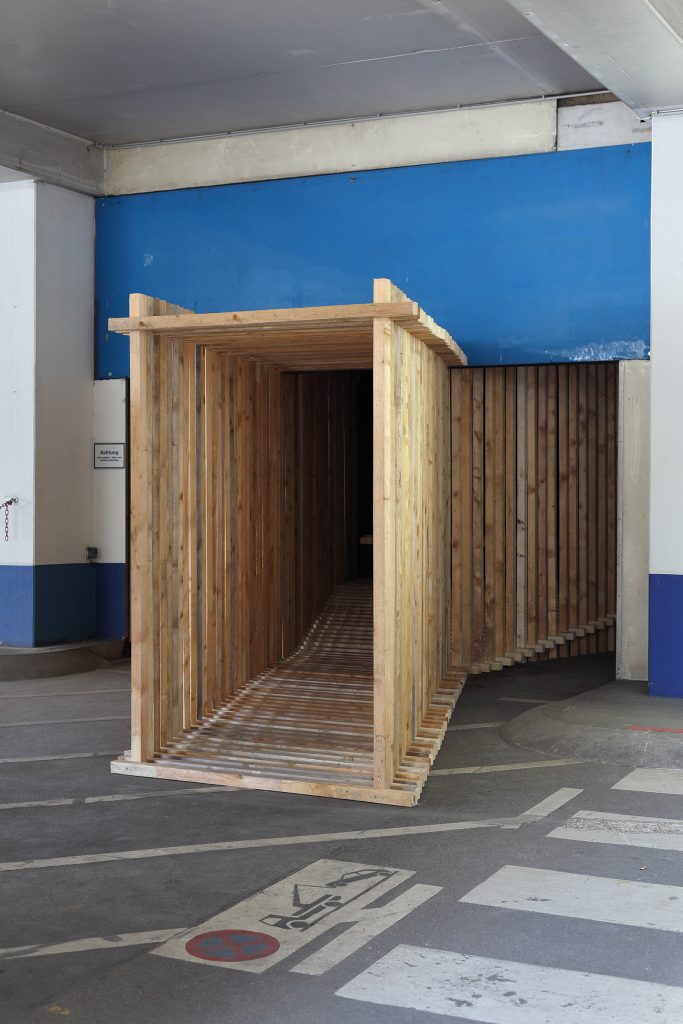